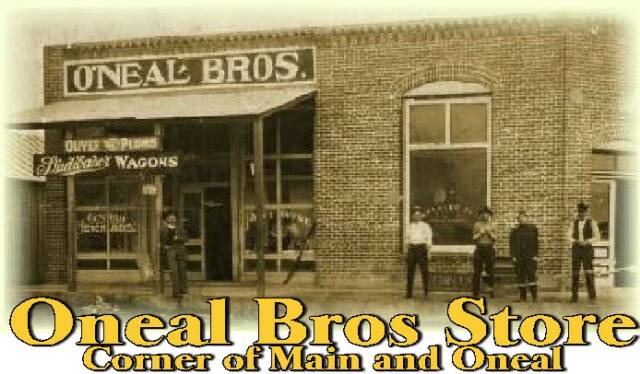 How Clarita got its name
Fred and Zena O'Neal were merchants in the newly formed townsite and ran a grocery and drygoods retail store for many years.
​    November 8th 1909 the MK&T Railroad arranged for the sale of lots in the new town of Clarita. The new town had been named in honor of Clarita Kenefic who was the wife of William Kenefic, the president of the Railroad.
On the day of the auction it was announced that if the first female child to be born in the new town was named Clarita, her family would be given a free lot. There were two O’Neal families expecting babies at almost the same time; Louis and Lily and Fred & Zena. The Fred O’Neal’s won by two weeks when their daughter, Clarita Beatrice O’Neal was  born on January 10, 1910. Clarita died of Tuberculosis at the age of 20.
The other baby was Christine O’Neal (Fanning) who taught school for 50 years and became known state wide for her innovative methods of teaching reading.
Clarita Beatrice O'Neal
Jan 13, 1910 - Aug 24, 1930
1