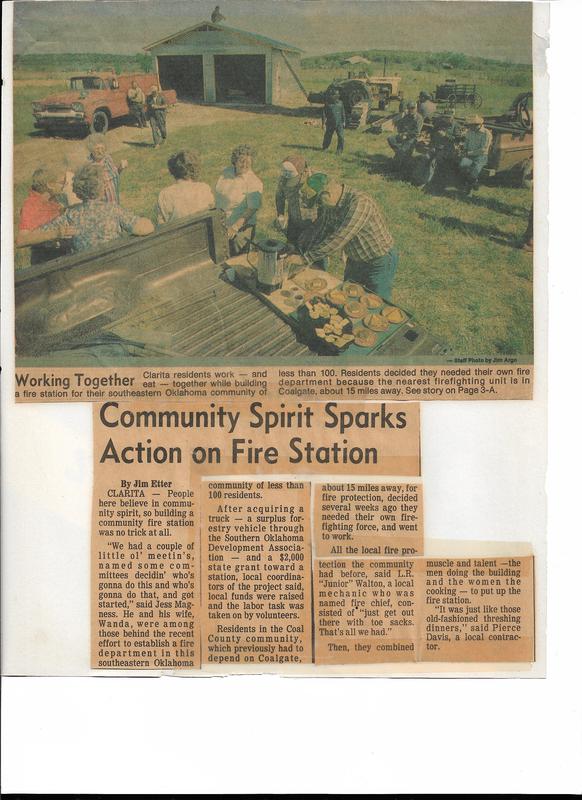 The undated news clipping was found taped in an old frame in the Clarita Community Center among memorbilia and other photos. The building in the background was Clarita's first fire station.
...From then to now
This small community has a way of getting things done. They have made progress that no one thought was possible. What started with one ratty old beat up fire truck and nothing more than a shed for a fire station has now morphed into a first class fire station with all the bells and whistles.
Since the birth of the Clarita Fire Department, Clarita's infrastructure now includes; a fire station, a fleet fire fighting vehicles, a helicopter pad, and three early warning sirens. The three are are located; In Clarita next to the fire station, Baptist Church Hill, and a half mile north on Highway 48 from the Highway 31and 48 junction Clarita also has an antiquated storm shelter that dates back to the Clarita school construction. It is well over 100 years old.
The Clarita Fire department board is continually looking into new ways to upgrade the fire department to 21st century standards that will keep residents safe,   A new storm shelter or safe room is on their agenda.