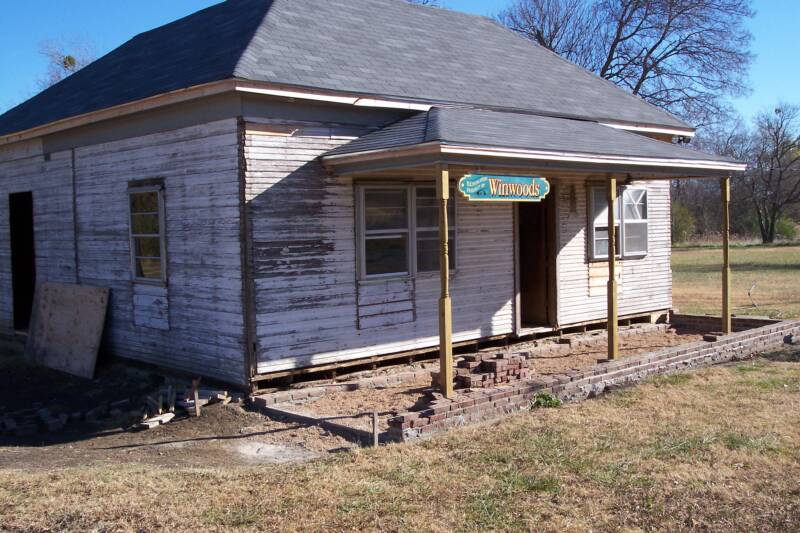 It took nearly two and a half years to restore the little Moore cottage.  The kitchen area (R) was nearly completely torn off and rebuilt. A new roof and front porch was added.  The old wash house in the back will eventually be restored and made into a laundry house for guests. 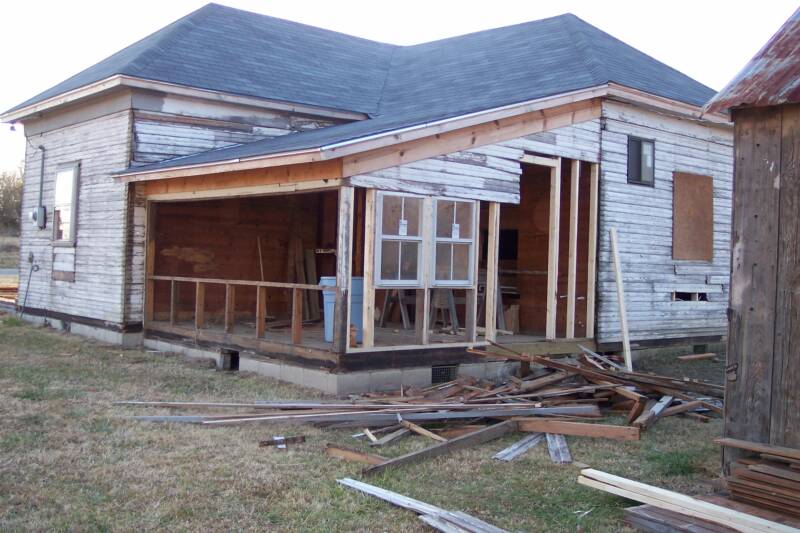 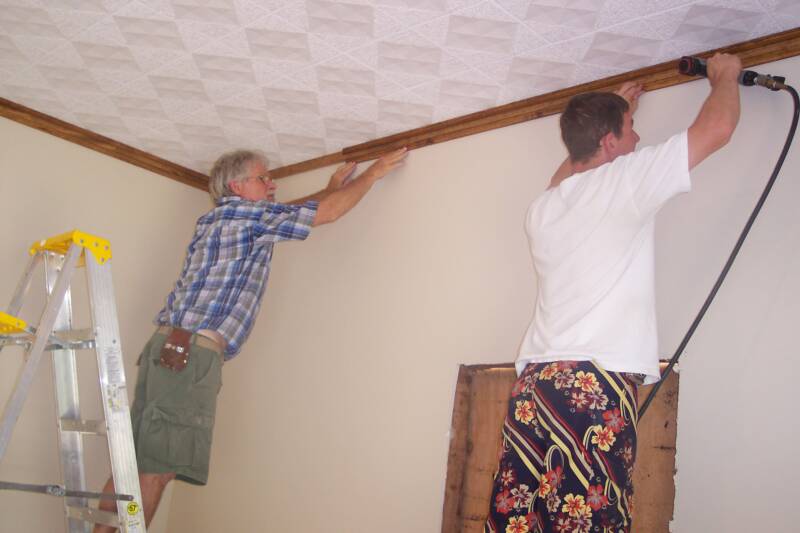 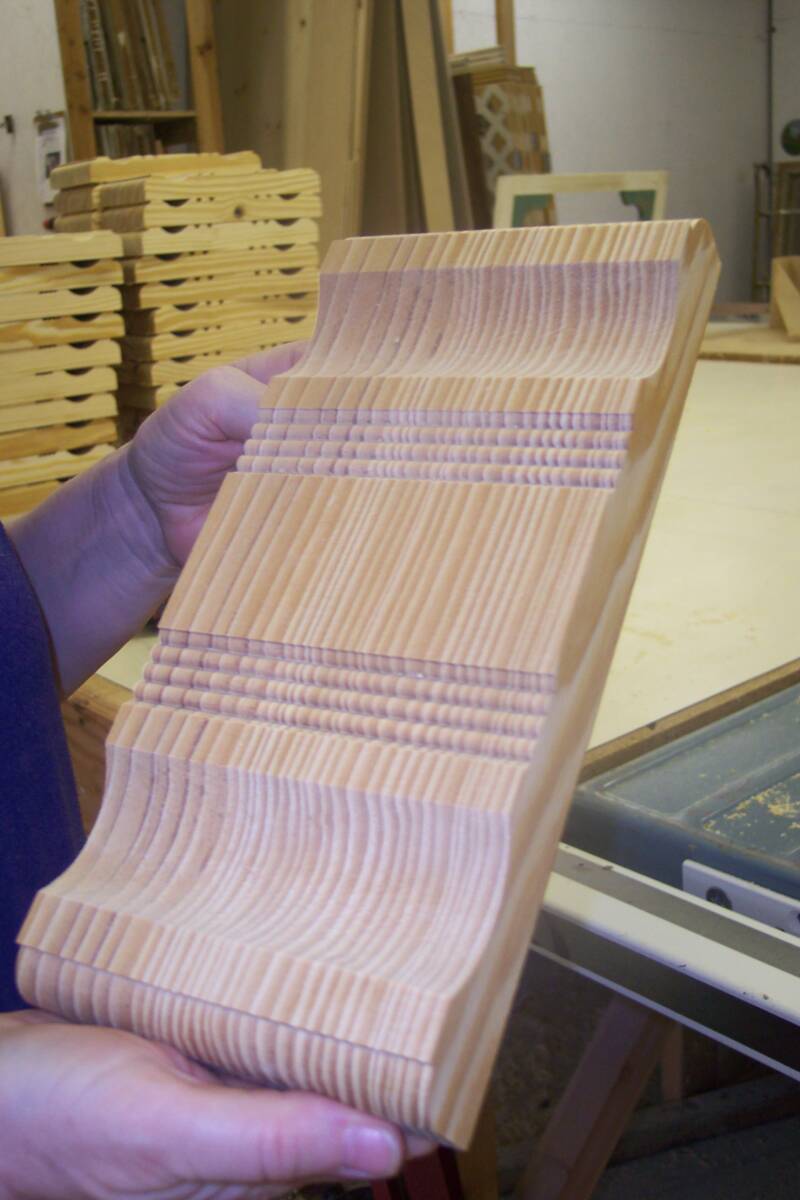 Win Rice and son Zachary install stage trim at the top of the 10 foot walls. Decorative reproduction ceiling tiles replaced the original compressed paper tiles.  Period door and window trim was milled in Win's shop in order to add authenticity to the cottage. 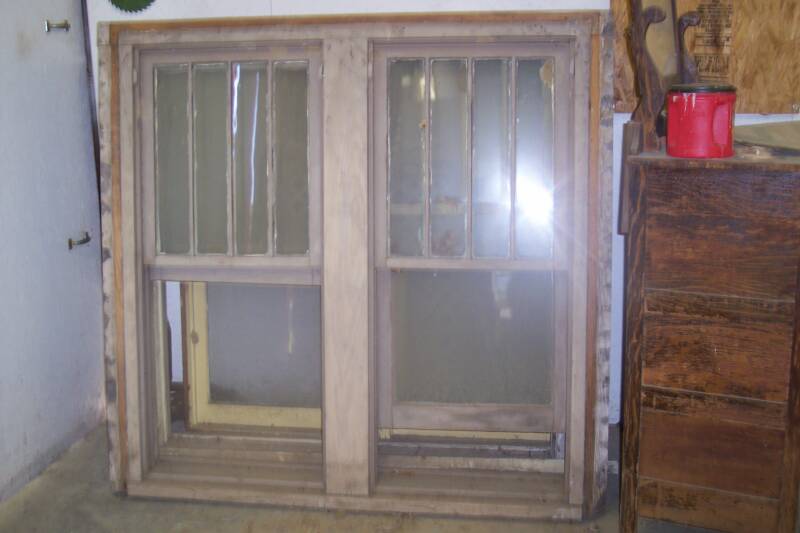 Period double hung windows were purchased and reconditioned. They chose the four-pane doubles and cut them in half replace the bad parts. The counter balance rollers were cleaned and after a lot of scraping, sanding and finish the restored windows were installed in the little cottage.
The Moore house restoration
The Moore house had been remodeled some time during the late 50's and early 60's.  The house had 10 foot ceilings throughout, but the style for the day was to drop them to 8 feet.  The old counterbalanced double hung windows were replaced with aluminum storm windows, and what would a house be without shag carpet.  Paneling was installed in every room. The old fashioned doors were taken out were replaced with modern hollow core doors. It was dark, dreary and, well...quite ugly.
Needless to say, it all had to come out. So the house was completely gutted down to the studs.  About 20% of the old yellow pine tongue and groove flooring had to be replaced, and close to 30 % of the lap siding had to be replaced.  All materials used for restoration were exactly as the original.
The roof was completely replaced, and some foundation leveling had to be accomplished as well.  All the old wiring and what little plumbing was ripped out and replaced with new. In addition, a septic system was added.  The house never had anything more than water plumbed to the kitchen sink.  There was no bathroom in the house.
The Rice’s purchased some old salvaged double hung windows and restored them to their original appearance.  They were installed complete with the cast iron counterbalances.  Solid yellow pine panel doors were installed complete with old fashioned lock and skeleton key sets.  Of course the floor plan had to be changed a bit to accommodate a modern bathroom.
1